I did manage to work on the dragon last night, but forgot to take pictures.  Will do tomorrow :)

How many of you plan for the following year, stitching wise?  I normally don't do too much planing, other than a bucket list of patterns I want to do... which seems to keep GROWING!

A group of us in my stitching group like to do a January 1st start each year.  This year is was the seasonal mandalas from Ink Circles.  I finished mine in August.

This year we wanted to go with something a little smaller for a few reasons.  We decided in September to do the Maple Leaf by Alessandra Adelaide. 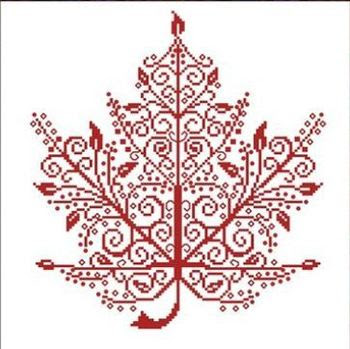 A few months early, Dani and Christin were talking about doing another Teresa Wentzler.  I had started the castle but thought it might be fun to join in with them.  After much discussion  they (maybe us?) decided on Fortunate Traveler.  Beatrice has also decided to join us.  I asked that we waited a bit in 2013 to start due to tax season for me.  Being the great ladies they are, we agreed on a May 1'13 start. 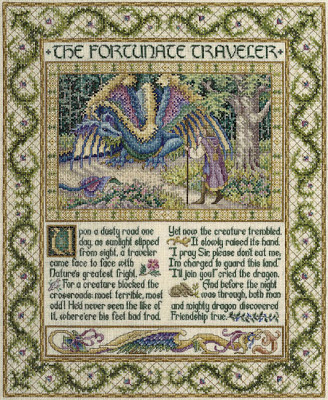 Have you ever done a TW?  She sure likes her blended colours.  For one idea on how to deal with these, check out Christin's Blog today.  She has a demo on how she does a needle roll to deal with all the blended needles.  I am going to try this route for this BAP and see what I think.

Are you a facebook user?  if you are add me :)  I am on ALL THE TIME!
Anyway, I belong to a group of stitching called the Superstar Serial Starters and Devine Disaplined Divas, and their sister group the Stitchalong.  Talk about a bunch of enablers!!!  Genie is our group Mom, and she does a wonderful job of keeping the group in line and away from posts that cause fights (religion, politics etc).  Be warned, there is some non-stitching talk but normally not much.  Some days you might see a bunch of half naked men though.  Well this little group (over 1,000 members) has been on a role with creating SAL's for next year and into 2014!!!  I have thought about many, but have only decided to sign up for a few....so far

On January 1st I am also going to start the Sampler Game Board by Drawn Thread.  Kathy and Beatrice are also doing this one as well. 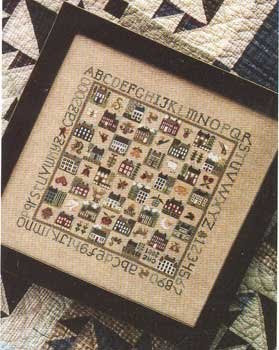 On March 1st I am also going to start Belle Letters by GigiR Designs (Letter B).  I have not decided who thread of fabric I am going to use yet. 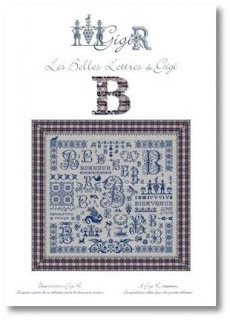 There was a ton more that have interested me, but I think I am going to limit it at this for the time being!

I still am working toward getting Blair's Dragon done by Christmas, so hopefully my WIP's will still dwindle down as I add to them!

Great project planning! A couple of those looked familiar. My sister is currently stitching the Maple Leaf over one, and I stitched the Sampler Game Board and have it hanging in my kitchen!
Cathy

You've picked some beautiful projects Bonnie. It's going to be fun watching your progress.

You'll definitely be busy next year! Watching your progress on the dragon and have to say you have lots of patience. I probably would have given up! I've joined a small group to do 13 WIP's for 2013 and that's all I'll do, maybe throw in a springtime and Halloween exchange for 2013.

Love the Needle Roll - this is such a great idea, and new to me. Thank you for sharing. Also I love your Letter B - am checking out those designs for sure

All looks fantastic! I would love to stitch that maple leaf (I'm Canadian too). TW? Well, I'm stitching the Egyptian Sampler. As for the 2013 plans - I have tons of them, just need more stitching time.
Evalina, This and that...

Would you like an email when I update my blog?