In depth - Bramble and the Rose

When I decided to do NaBloPoMo this year I decided I wanted to try for 80% stitching related. I knew this would be a challenge since I have an exam in less then a month to study for, and that means less stitching.

The Bramble and the Rose first appeared in the Gift of Stitching in 2009. 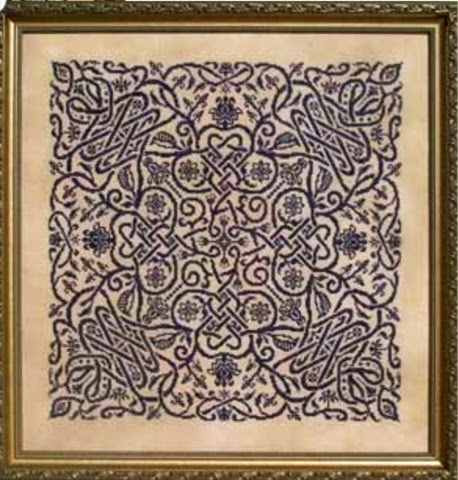 Issue 41 to be exact. This pattern is by one of my favorite designers, Ink Circles.

You can now buy the chart on its own from Tracey or your favorite LNS. The stitch count is 235 x 235 and the model used Carries "mostly-deadly nightshade".

My idea for this project was in a way to honour my gramma. While in the nursing home, my aunt bought her a little wicker stand with 2 drawers. When she passed away, I asked if I could have it. It now sits beside my stitching area and at the moment has become like a junk drawer. My idea was to stitch it the size of the top and either get a piece of glass or plexi-glass to put on top

I decided that over one on 25ct would be the perfect size and picked an off white Lugana.  Next was to choose the thread.  My gramma is a January baby which meant Garnet as her birthstone.
When I saw DMC 4210 I knew it was the right choice 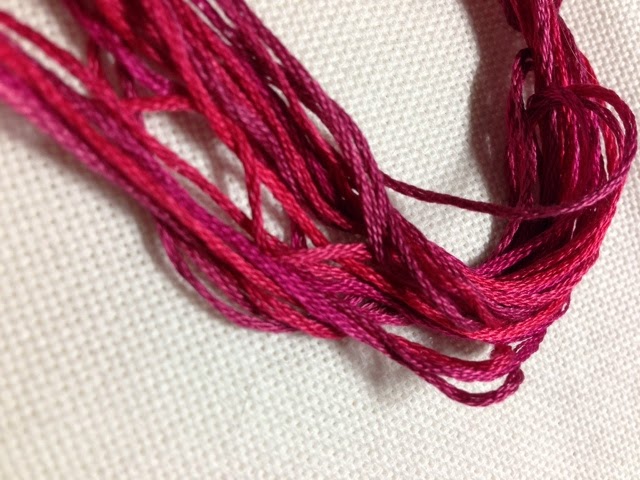 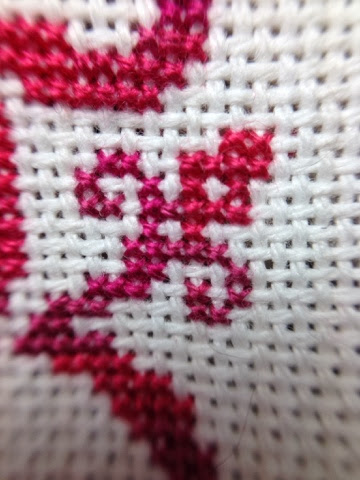 I don't have the exact date but I started it sometime in 2010, and yes it is still a WIP.  25ct and I don't see eye to eye at times :(
Here is where Bramble is as of tonight.  Hopefully I will work on it again soon 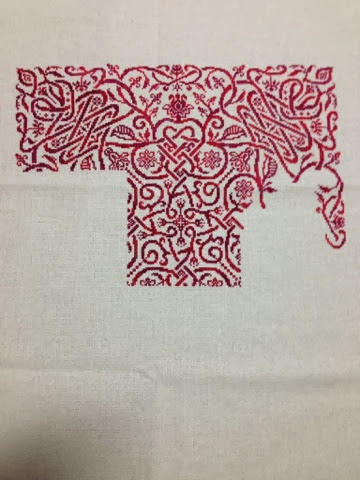 What a lovely reminder it would be! Love the colour

What a meaningful story behind this piece. I'm sure it will look even more stunning when finished.

I love the color you chose. It will be a perfect way to honor your Grandma.

I have always loved your Bramble and think it is such a lovely tribute to your gramma.

What a awesome idea to honor your Gramma! I look forward to seeing your project finished.